A downloadable game for Windows and macOS

Charity is for the weak!
Or so thought world-famous demon hunter Doug McGrave, until he met the witch from Hellside. Now, cursed to do what's right for free, his powers constantly draining away, Doug will have to win his power back.

The Weaponogra-wha??
The Weaponographist is a high-speed, top-down dungeon-crawling arena combat game. Cool kids might call it a "Roguelike".

You play as Doug McGrave, famous demon hunter for hire. Highest level, bestest gear, ruggedly handsome, and unrepentant jerk. For refusing to aid one stinking demon-infested town, you are immediately – and deservedly – cursed. Your powers, your wealth, and your weapons… Poof! Gone. To overcome the curse, you'll need to make use of whatever weapons you can find.

Swords, chainsaws, machine guns, pogo sticks… Use them while you can. Because they'll all fall apart in your hands.

Ugh! I HATE Curses!
I can't think of a curse that ever did anyone any good. And this one, doubly so. Fill up your combo meter by defeating evil, vanquish demons to regain your strength, and weaken the curse while you can. But beware.

Whenever you aren't attacking, your combo will quickly drain away, and the curse will continue to sap your strength. Only by killing monsters quickly, adapting to new weapons, and removing the curse in pieces can Doug make his way through the depths of the dungeon and get the hell out of this one-horse town.

Never slow down. Slow is how the curse takes hold!!

In order to download this game you must purchase it at or above the minimum price of $9.99 USD. Your purchase comes with a Steam key. You will get access to the following files: 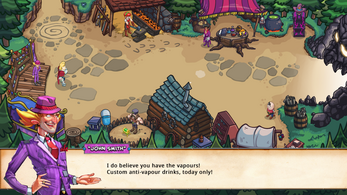 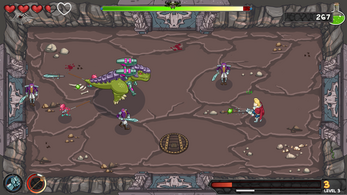 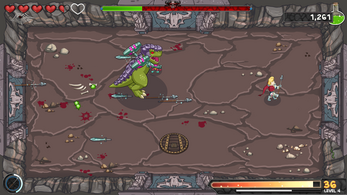 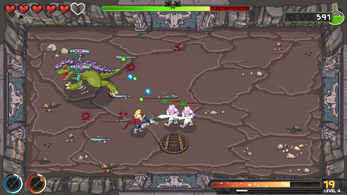 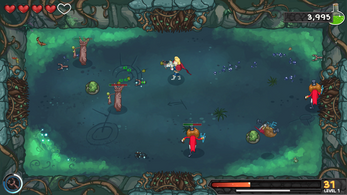 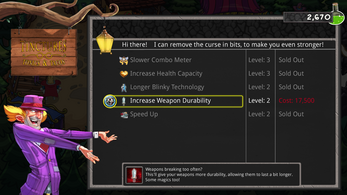